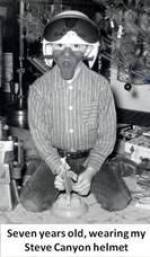 Like many of us, I grew up enthralled with airplanes and all things aeronautical. However my eyesight was far from pilot qualified. When I came to USAFA I managed to get my sailplane license and jump wings. To my good fortune, after USAFA graduation, the Air Force sent me to UCLA for graduate school with my 240Z, and I have lived in southern California ever since. While living in L.A. I completed my Master’s in Computer Science, took up hang gliding, sailing and windsurfing, got my private pilot’s license, bought a motorcycle, and most importantly, met and married the love of my life, my beautiful wife of 33 years, Virginia.

After UCLA graduation, while TDY from Los Angeles Air Station to Hanscom AFB, I ran into our classmate Jay Jolly. Jay said “I shouldn’t tell you about this because you’ll beat me out for a slot to get in, but the Air Force Test Pilot School is accepting engineers.” As things worked out, Jay and I were both accepted to USAF Test Pilot School class 77B and it shaped the rest of our careers. I spent the next 8 years of active duty and 7 of my 14 years in the Reserves sitting in the back seat, telling test pilots where to go (and what to do when we got there). I worked on flight test projects on the F-15, A-10 (tough to get a back seat ride, but I managed it), F-16, and LANTIRN night attack system, plus a bunch of hours in T-38 and F-4 chase planes. I got my instrument rating, commercial pilot’s license, CFI single- and multi-engine, etc. While there are too many stories to fit in here—double engine flame out at 50,000 feet over Edwards comes to mind—the biggest event came in 1982 when I was assigned as the chief flight test engineer on a black program called Tacit Blue.

If you’re not familiar with Tacit Blue, I recommend a visit to Wikipedia to see one of the least likely shapes ever to fly, much less complete 135 flights safely. The plane was originally intended as a stealthy complement to the JSTARS aircraft. When the Air Force decided not to go operational with it, we flew it as a test bed for low observable technology, including the first use of curved surfaces on a stealthy aircraft - quite the contrast to the F-117. Even though the aircraft never went operational, Northrop Grumman refined and applied the technology to the B-2 (“no Tacit Blue, no B-2”). I was the chief flight test engineer on the project for two years, then became the test force director (normally a test pilot’s job) for the final year of flying. As a prototype aircraft, the Whale was somewhat “delicate”—the nose chine and other features made it unstable in all three axes and required a quad digital flight control system to keep the blunt end pointing into the wind. It had a severe cross wind limit for takeoff and landing, and gave us many interesting and productive days on the test range. Mercifully, it was single-seat, so my flying hours were in chase planes. At the end of its flying career, the Air Force locked it in a hangar for about 10 years, then decided to declassify and acknowledge the existence of the plane and some of the testing we did. The work on this aircraft was far and away the high point of my Air Force career—a clear-cut mission and a highly qualified team.

I left active duty in 1985, and spent 14 more years in the USAF Reserve, half of the time in SPO work, half in flight test back at Edwards AFB. I hired on with a small company named Logicon, which was eventually purchased by Northrop Grumman. Ginny and I have raised three beautiful children. We moved to San Diego in 1988, and love it. Today I’m a deputy program manager on projects integrating high data rate radios onto various aircraft, so the involvement with aeronautical machines continues. 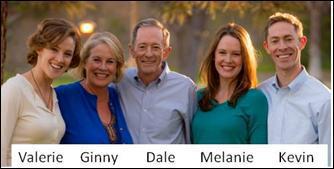