For the summer of ’73 I was lucky enough to be chosen to represent the Academy at the American Legion’s Boys State in Oklahoma and Indiana, but the real experience was Boys Nation in DC. Being from Indiana, I took the two delegates from there to meet our Senators and representatives. When we got to Senator Birch Bayh’s office he talked to us for a few minutes and told his secretary to cancel some appointments so he could take us to lunch. Senator Bayh sat and talked to us for about two hours as we ate, which was cool enough, but the entire Watergate committee was also in the lunch room right behind our table. I tried to listen in on some conversations, but they were just out of earshot. A great memory from the summer of ’73. 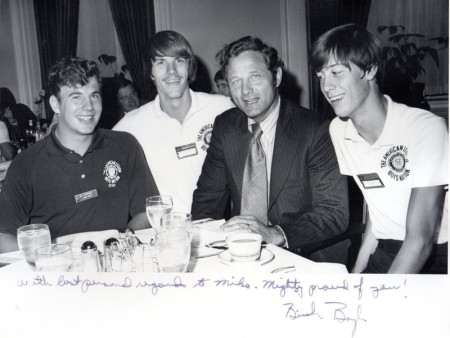