Unlike most cadets, my time at the Academy was spent wondering why I thought it was a good idea to attend in the first place. Fighting the flow in hopeless struggles and seeking logical fairness while ignoring regulations was not a successful strategy for me. Despite an impressive record of tours and confinements, the sustained efforts of a few of my friends and classmates allowed me to graduate and move forward to a new future, the many scars of my self-inflicted wounds well hidden behind a diploma.

There are dozens of examples of my blackened soul and ill repute, but the experience impressed upon me the influence of reputation. An OSI investigation of my roommate on a false accusation of drug use had taken me from Commandant’s List to Aptitude Pro in my squat year. (He resigned, but I hadn’t even been off base, honest!) Thereafter branded a subversive malcontent, my normal errors were viewed by superiors as deliberate misconduct. Conversely, my successes were viewed as dumb luck or failed detection. 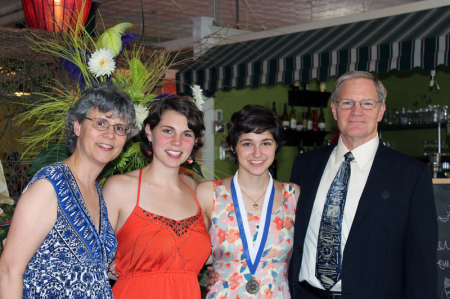 I remember one particular experience during summer BCT cadre duty. I reported for duty as a lowly element sergeant, but due to several resignations I rose to Flt Sgt that very day. Alas, we discovered that the 1st shirt was also seeking civilian opportunities. Mark Mayhew was my Squadron Commander, and since he also hailed from 12th Squadron he knew my reputation well. Amazingly, he took a huge leap of faith and offered me an opportunity for redemption in filling the 1st Sgt job. (Over the years in several jobs I have remembered that gesture with gratitude and have paid it forward to several others.) The saga continued right after lunch. Seems that many of the wing staff had resigned as well, and the Wing Commander needed the brightest and best in a hurry. He sent down for A Squadron’s 1st Sgt, and in a moment of extraordinary irony and improbability, I ended the day in the rare air of Wing Staff as the Transportation Sgt and the Supply Sgt. Pardon the immodesty with which I relate that I performed both tasks very well, receiving a lengthy commendation letter from the Beast AOC detailing my insights, innovations and general heroism in preserving the Republic. But here is the point. When my squadron AOC called me in, he tossed the letter to me and said he didn’t believe me capable of earning that on my own. I thanked him sarcastically for his support, earning his continued contempt and wrath, but I sure did learn that a black cloud can follow you all day.

As much as I loathed the negative learning experience while I was shunning the opportunities surrounding me, the Academy gave me a foundation that served me well for the rest of my career. The work load prepared me for UPT. Those formative experiences led me to establish a good record out of the blocks in new assignments. And even though my mouth continues to operate independently, I have had a happy and successful career. Seeing the loose standards of honorable behavior in the civilian world has shown me the absolute value of our simple code in my everyday life. The frustration of “no excuse” taught the importance of taking personal responsibility, that simple but increasingly rare trait that earns trust and restful sleep. Best of all, every job interview I had, ended with an offer once that USAFA BS came to light. 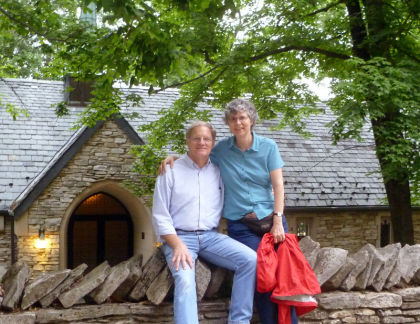 That diploma landed me a job as a QA Engineer at Texas Instruments since the interviewer assumed we were all electrical engineers. The core requirements in math, science and engineering were enough to carry an average political science major through the working day and enabled me to nod knowingly in most meetings.

I’d have stayed there gladly but for a bit of good timing and dumb luck. My wife was getting restless in her unemployment, so she shunned daytime TV in favor of a PhD in Chemistry. Eventually, it dawned on me that one of us would have to give up something if we both followed our career paths, so I started considering the options.

Using all of the finely honed skills developed for my M.S. in Mgt, I carefully listed the advantages and disadvantages of staying at TI, and those of flying for an airline. It’s an easy choice when you put it in a grid. My career at TI was going very well. I was already in the job I envisioned as a retirement limit, my pay was great, it offered the rock solid stability of the defense industry, my rising star sponsor was moving to a great position in Dallas (eventually becoming VP), and I really enjoyed the world of Quality and Reliability Assurance. There was no downside.  On the other side, the airlines offered flexibility - but the negatives were legion. I anticipated ending my career as an FO (First Officer), being furloughed for three years, commuting forever, enduring endless hours of boredom driving a bus for cattle, watching lazy, lesser flyers advance ahead of me in the seniority system, surviving awful schedules with holiday flying and wasted vacation opportunities.

So naturally, I went with American Airlines. Three years later my old job at TI was gone. I was never furloughed. I loved flying to Europe for dinner. Most Captains were really great pilots and the few who weren’t made for great stories. It is driving a bus, but it’s a really nice bus. Even though the companies all see the revenue as cattle herds, on every flight I had the privilege of taking someone to a wedding or a funeral or a job interview or their once-in-a-lifetime event. My wife was able to land her dream job as a professor at Clemson University, doing research in aqueous geochemistry and teaching eager young grad students. Best of all, I accidentally retired one day before American declared bankruptcy. Who knew how valuable that management tool could be?

Like many people, I occasionally reflect on the disastrous doors I didn’t open along the way. I stumbled along a luck laced path and have very few regrets. One is that I was offered a huge buffet of education at a world class college but instead chose to play handball, ride the curve to minimum drag and decry injustice. But even that was a learning experience. I have passed on to my wonderful daughters a code of honor, an appreciation of their opportunities, a drive to explore and the courage to risk failure in the attempt to succeed. Life has been very good. As much as I hate to admit it, a bit of that luck began right there at USAFA.