“Piggy Brozena, please stand, keep the bag over your head and approach the front of the tent!”

“We will resume where we left off during the last session. Now, explain how your aircraft was shot down over the Comrades’ sovereign territory.”

“What a shame Piggy Brozena, that you persist with your resistance. It is useless. Already several of your dear comrades have told us about your mission.”

“Whatever you do, don’t put me in that box! I’ll do anything not to go in there again! Small spaces freak me out!”

“Piggy Brozena, you leave me no choice. It is off to the box for you. After some time alone, you will answer all our questions!”

And I was led away, the bag still over my head, forced into the small plywood box with the large rock inside so I could neither sit nor stand upright. They locked the door and departed.

When I thought I was alone, I pushed the door open slightly, relieved myself, and fumbled in my field jacket for a smoke and matches. Through the slight opening, I could see the black night sky and my cigarette smoke as it escaped the box. In the distance, I could hear my classmates chanting, “Chairman Mao, he’s our pal....”

Some immeasurable time later, one of the “guards” came by the box, banging on the side with a heavy stick.

“Piggy Brozena, you weren’t sleeping in there, were you? Time to go back to your other comrades and sign your war crimes confession.”

Re-entering the tent and assuming the “Deceased Insect” pose (on my back, arms and legs in the air), I tried to remember how many cigarettes I had left.

How many more times to beg them not to send me to the box?! 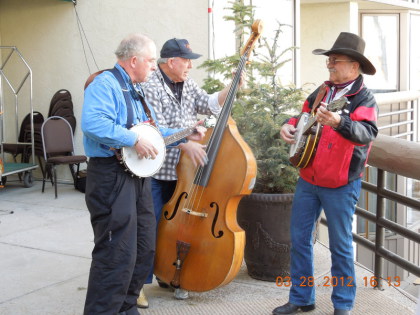